An elite warrior struggling to find his place in the civilian world.

Weary from his years on the battlefield, SF Captain Beckett Hollister has returned home to Crimson Point to take over the family business for his dying father. But adjusting to life outside the military is harder than he imagined, and being back home forces him to confront things he'd rather not face. Including the one woman he shouldn't want and can't have—his best friend's little sister.

A love that was always meant to be.

Town vet Sierra Buchanan has known Beckett her entire life. She's crushed on him for years, but because of his relationship with her family, the stubborn man refuses to see her as more than the girl he grew up with. As tragedy brings them together, neither of them realizes that the sins of Beckett's past have come home to haunt him. When Sierra becomes the target of his unforeseen enemy, Beckett must vanquish his demons to save her. 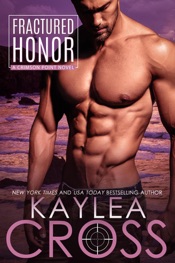